Blog: Why you should report incidents of fraud to the charity regulator

With International Charity Fraud Awareness Week just under two weeks away (18 to 22 October 2021), the Commission’s Enquiries Manager, James Walsh, has taken the opportunity to highlight the importance of charities reporting instances of fraud to the regulator. 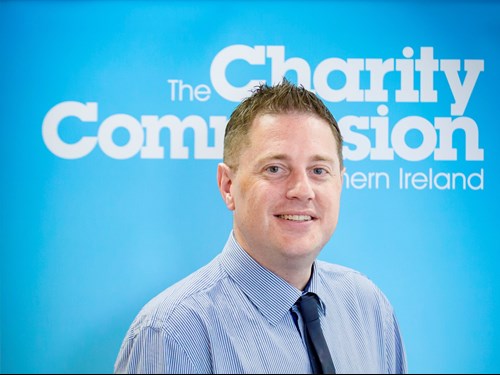 International Charity Fraud Awareness Week (18 – 22 October 2021) is a campaign run by a partnership of charities, regulators, law enforcers, representative and umbrella bodies, and other not-for-profit stakeholders from across the world.

The purpose of the week is to raise awareness of fraud and cybercrime affecting the sector and to create a safe space for charities and their supporters to talk about fraud and share good practice.

At the Charity Commission for Northern Ireland, we regularly work with charities who have tackled fraud and cybercrime. Our experience shows that regardless of size, or area of operation, all charities are susceptible to targeting by criminals. Even those charities with robust procedures in place are vulnerable to the threat of fraud and cybercrime. We have observed threats from within charities as well as through increasingly sophisticated online cyber-attacks.  As ever, it is the response of charities, through their engagement with us, that helps to shape our approach and in turn, that of other charities.

Figures show that cybercrime is on the rise and has been exacerbated by the pandemic. However, the reports of such incidents to the charity regulator have not increased in line with this rise. For this reason, we believe that instances of fraud and cybercrime are not being reported to the PSNI and the commission. We take the opportunity presented by International Charity Fraud Awareness Week to remind charities that while fraud is ultimately a matter for the police to investigate, as the charity regulator, Northern Ireland charities should also make us aware where a serious incident such as fraud has occurred.

Our guidance regarding Serious incident reporting - a guide for charity trustees notes that taking action quickly can help protect your charity from further harm and ensure that public confidence is maintained. Dealing appropriately with these types of events will also benefit other charities by maintaining public confidence in the sector as a whole.

With this in mind, we encourage all charity trustees, stakeholders, staff and volunteers to use the free online resources and to join one of the planned webinars during the week as we work towards building capacity and broadening the knowledge base across the sector to fully address the threats posed to charities through fraud and cybercrime.

Through engaging with International Charity Fraud Awareness Week and through our collaborative efforts we aim to protect the sector and the crucial work it does.